WHO specialises in WHICH items..... 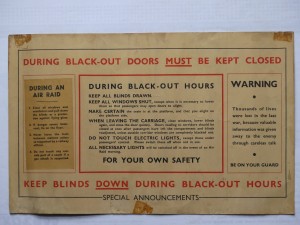 When we were first looking at the market for Where To Sell, “lofts” frequently came up in conversation – particularly with regard to significant events in generations. Why? Because the events of the most lasting and material significance have tended to be wars, and for us – mercifully – wars tend to be infrequent, so the related and interesting attic items tend to emerge in waves.

Obvious, isn’t it? As the old chaps are re-homed or shuffle off the mortal coil, the next generation has a clear-out. Most of the Victoriana and First World War items have now been unearthed. Currently, we’re still seeing much from WW2 – particularly the less bulky memorabilia such as logbooks, letters, posters and artwork. Sadly, the grandparents are dying and we have to tackle the contents of the cabin trunks and the very dusty campaign furniture. [ Where is Apthorpe’s thunder-box? ]

A few more years, then increased focus will be on the Korean war – not simply because of the anniversaries but because the participants will be disappearing and their children will be wondering what to do with their kit. Perhaps we’ll see renewed interest in Bill Mauldin and Ivor Hele?

[ Following this strain to a logical redundancy, presumably the Hundred Years War must have resulted in a steady flow from the mathom-houses of several generations? ]

Anyway, if you’re interested in war artists – official or amateur – do look at the drawings and gouaches by LIEUTENANT PHILIP DARK RN (1918-2008) in a lovely exhibition at Abbott and Holder (http://www.abbottandholder-thelist.co.uk/philip-dark-exhibition/ ) until 27th February 2016.

Even if you couldn’t be less interested in WW2, the Abbott and Holder website is well worth a moment of your valuable time. We think it’s beautifully presented, the pictures are super, the typography is refreshingly excellent, and you can read about the rather unusual belt and braces clause* in their terms.

We’re not connected with them in any way but we much look forward to visiting their gallery in Museum Street where they have over a thousand pictures from the 18th century to the present.

*Quote: “All our attributions are of course guaranteed and, should an attribution prove inaccurate, we still offer not only a complete refund but also. . . . . a box of Black Magic chocolates by way of compensation.”

Rather to his surprise we asked Philip Athill (the MD of Abbott and Holder) how large is the box of Black Magic. Apparently (and reassuringly) the chocolates have not been required in living memory; if there’s a box sitting in the fire safe perhaps it needs replacing; and clients have Mr Athill’s assurance that if the promise ever had to be fulfilled, it would be a “generous” box.